This past weekend was 7-11’s “bring your own container” promotional event, where for a $1.50 you could fill up your own container with your favorite slurpee flavor(s). Due to what some dumbasses did last year, 7-11 had to change the rules on what type of container you could bring in. This Daily Fail article apparently used Twitter & Instagram photos from last year because just about all of the containers would not fit the 2016 guidelines (the condom one, although gross, was ingenious)…

Talking about 7-11, they are on the verge of releasing a slurpee-flavored donut. a wild cherry flavored donut dusted with sugar (simulating the ice crystals). My teeth are rotting already…

In other food news, the Scots are at it again. First it was the deep-fried Mars bar, now it’s the Cadbury Creme “Scotch egg”, a creme egg covered in ground pork sausage & breaded with spices & breadcrumbs and deep-fried. Yikes…

With the recent campaign of having different comedians play the role of “Colonel Sanders” in their KFC ads, you might be wondering who Colonel Sanders was. This article shares the life & times of the late fried chicken icon…

Not only has Jared gained 30lbs so far in prison, in January he got a beating from a fellow inmate for apparently being a dickhead. “A guy walks in with all this money and celebrity and instead of flying under the radar, he’s going into the yard, walking around with big guys, saying no one can mess with me…”

You always do 2 things when you think you’ve won the lottery – check the date of the ticket & double-check the winning numbers. You don’t go on a shopping spree and then burn your purse to claim it was stolen when you find out you didn’t win… 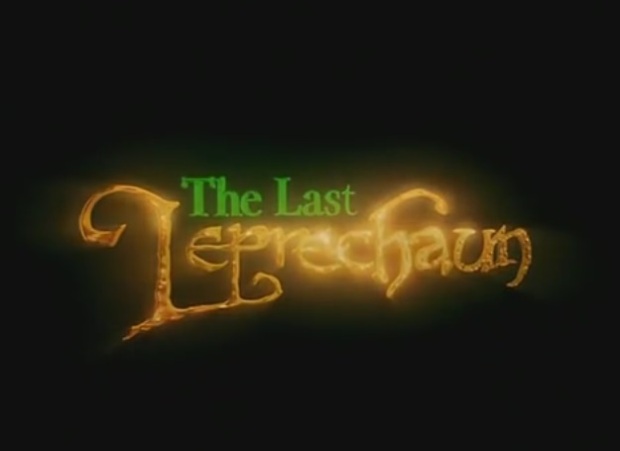 What I initially thought was a Hallmark or ABC Family Original movie, turned out to be an actual theater-released picture from 2001.

Starring David Warner (of “Waxwork”, “Star Trek V: The Undiscovered Country”, & “Titanic” fame), a pair of siblings travel to Ireland to spend time with their new stepmother. What they find is an evil power-hungry witch that hates anything green. The character has been compared to Disney’s “Cruella Deville”, let us know what you think…

This week MattyV was flying solo due to circumstances beyond the gang’s control. A short one this week, MattyV shares (in no particular order) his list of the 5 worst movies based on Saturday Night Live skits. In short doses these characters tickled America’s funny bone, but taking a one-joke character and trying to expand it into a feature-length movie is challenging. These failed miserably…

2) “Stuart Saves His Family” (1995) – Al Franken was a legendary writer on SNL for many years and along with Tom Davis was a great stand-up comedian. This movie was not only based on the sketches, but also the parody book that was released. With a $6 million budget, it grossed a little over $900,000. Ouch.

3) “A Night At The Roxbury” (1998) – Chris Kattan & Will Ferrell are comedic geniuses and seeing the multitude of sketches on SNL, it was almost guaranteed that they would make a great movie together. Wrong, so wrong. But this 90 minute sketch almost doubled its budget by the end of 1998, bring in just a hair over $30 million.

4) “Superstar” (1999) – Molly Shannon was an amazing character actor on SNL with many physically-intensive personas. Mary Catherine Gallagher was one such character. This one shocked me, it brought in over $30 million at the box office (double its budget).

5) “The Ladies Man” (2000) – Tim Meadows lispy character who is a sort-of “love guru” on the hunt for that one woman. Surprisingly it grossed about $2 million more than the budget, so it actually made a little money…

Was never a huge western fan, so when shows like Bonanza & the like came on television back in the early 1980’s I ended up going outside.

This episode finds Hoss locating a strongbox of gold dust that was buried by “little green men”. The whole town ends up with “leprechaun fever” when a newly-arrived professor affirms the existence of leprechauns.

Hope you enjoy this episode with a nice plate of corned beef & cabbage!

A more common problem these days, a manager at a KFC fired a worker before he/she even started because after the interview it was revealed he/she was a transgender. Good on KFC  for firing the manager and offering a job to the person…

Jen the Intern has been listening to the “Those Conspiracy Guys” podcast as of late. Interesting to say the least, check them out!

Why did it take so long? Someone came up with doughnut ice cream cones! Boy, these look awesome!

Confessions from a prison guard find that sex does indeed happen in prison. The prison gave out 10,000 condoms a year, one prisoner offered up sex for cans of Coke (the drink, not the white stuff)…

An acquaintance of mine has done this, and why not? Perfect place to sell them…

This is just plain sick. A diocese had (has) a schedule of payouts for sexual molestation cases involving clergy. They also aided & abetted those guilty by moving them to different parishes. Disgusting…

An interesting photo spread inside a Real Doll(tm) factory. Be aware that most of these photos are NSFW…

Can’t fake the diehards, a company that was claiming to be resurrecting the Coleco video game brand with the Coleco Chameleon, had been caught with a fake prototype. The shell contains a basic PCI video card. The company that owns the brand is investigating…

According to the courts, the Batmobile is considered a character and has copyright protection. A company tried to sell copies of the full-size, street legal vehicle but has been shut down…

F*ck you, people. Someone wrote to Dear Prudence about a family that ignores a woman’s child from a previous marriage. They dote on their “real” granddaughter by showering gifts for birthdays & Christmas while completely snubbing the other child…

At only a few years old, this original SyFy feature changed names at some point within that time period. A woman accidentally unleashes a crazed leprechaun and unearths her small town’s tainted past.

The only actor of note would be William Devane, a character actor that you may have seen in many films and television shows over the years.

This copy is apparently the original airing of the movie, the title of “Leprechaun’s Revenge” had not changed…

Studies have shown that older men who have sex regularly cut the risk of getting dementia by quite a margin. Creepy…

Here’s an interesting article on those that write the greeting cards we purchase. 24 writers at Hallmark? Wow, we thought there would be more…

With the search term, “How can I move to Canada?” spiking 400% after the recent polls find Donald Trump cementing a huge lead, an island in Nova Scotia is trying to court those that are considering leaving the United States if Mr. Trump becomes our next president…

We see it at every zoo & museum in the gift shop, but did it really make it into space? You’re gonna be pissed to find out the truth about “astronaut ice cream“…

Um, that’s what “screen locks” are for on cellphones… A teacher was forced to resign when a student stole her phone and shared a nude photo of her around school.

“Big Soda” is still trying to fight for a place at the breakfast table? I often see people getting their Mountain Dew at the convenience store in the morning or being handed a large Coke with their McMuffin meal at the drive-thru. Is this still a concern?

First there was the “doomsday vault” which holds seeds from thousands of different plants & trees. Now the Dutch have a “poop bank” to help treat intestinal diseases?

Forget about Kobe beef or Kosher sea salt. Here’s a list of the new food trends that are hip & happening…

Most would end up in a landfill, but this blow-up doll got a new job as a scarecrow…

What is this world coming to when there are now designated spaces for mothers with small children??

Not sure if they can capture the 1980’s nostalgia with LED eyes and a smartphone app, but Wicked Cool Toys are about to re-release the Cabbage Patch Kids dolls for the 21st century...

“Kids Incorporated” was a weekly kid’s show that I guess you could equate to a live-action “Kidz Bop”. The show followed a group of young singers (“Kids Incorporated”) and the wacky adventures they get into while not performing the day’s popular radio hits. A few stars were borne out of the show, Martika (best known for her late-80’s hit, “Toy Soldiers”), Stacy Ferguson, aka “Fergie” of the Black-Eyed Peas, Mario Lopez, Eric Balfour, & Jennifer Love-Hewitt!

This episode revolves around Kid (Rasaan Patterson) & Stacy (Stacy Ferguson) finding a trunk backstage that contains a leprechaun (John Franklin, best known as the child preacher Isaac of “Children of the Corn”) who wishes to become a famous rock & roll star.

Hits from Michael Jackson, Lionel Ritchie, & several other artists make their appearance in this St. Patrick’s Day episode. And no, that isn’t John Franklin singing – it’s Jerry Sharell (“Mickey”) with an altered voice.

Someone posted this episode on YouTube for all of us to enjoy!